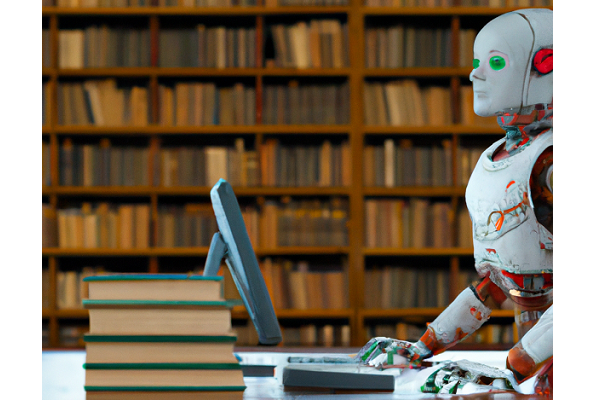 OpenAI has introduced a new chatbot with a wide array of new functions called ChatGPT. Based on OpenAI’s GPT-3.5 model and trained for conversing with people using natural language, ChatGPT represents a major upgrade in AI chatbots, albeit one prone to some of the same problems in accuracy and coherence.

ChatGPT immediately comes off as more contextually aware than many other chatbots. It can remember what was said earlier in conversations, including allowing users to correct what they wrote before without having to re-enter the request. As for what it can do, the AI excels at answering trivia questions, sharing coding advice and checking code for errors, and brainstorming ideas for everything from gift ideas to headlines, including the one used above. OpenAI trained ChatGPT’s AI using humans to rank and compare early responses, with the information fed back into the algorithm to tune its performance. The company warned that ChatGPT could still come up with wrong answers and that its knowledge of the last year or so is limited. Plus, the chatbot will deliberately refrain from answering questions about specific individuals.

If you’re unsure, here’s how ChatGPT described itself when asked: “ChatGPT is an artificial intelligence tool that allows users to have natural conversations with it. It is trained using a large corpus of text data and uses language generation algorithms to produce responses that are similar to human language. ChatGPT can be used in a variety of applications, such as customer service, education, and entertainment.”

Those functions make sense since the chatbot is good at collecting and explaining information. It instantly listed the members of the Justice League and their powers, as well as suggestions on how to calm an angry customer. When asked to explain Voicebot.ai, it generated a new, but entirely accurate description pulled from multiple sources into a tidy paragraph: “Voicebot.ai is a website that provides news, analysis, and resources related to the voice technology industry. It focuses on the development and use of voice assistants, such as Amazon’s Alexa, Google Assistant, and Apple’s Siri, as well as the applications and products that are powered by voice technology. Voicebot.ai also features interviews with industry experts and coverage of major events and trends in the voice technology space.”

The flexibility of the AI means it can perform all kinds of stylistic feats too. Users shared how it would debug code while speaking like a pirate, and the chatbot had no problem describing HTML coding in the form of a Shakespearean sonnet, as seen below. “Language interfaces are going to be a big deal, I think. Talk to the computer (voice or text) and get what you want, for increasingly complex definitions of “want”!” OpenAI CEO Sam Altman explained on Twitter (slightly edited for grammar. “Soon you will be able to have helpful assistants that talk to you, answer questions, and give advice. Later you can have something that goes off and does tasks for you. Eventually you can have something that goes off and discovers new knowledge for you. But this same interface works for all of that. this is something that scifi really go[t] right; until we get neural interfaces, language interfaces are probably the next best thing.”