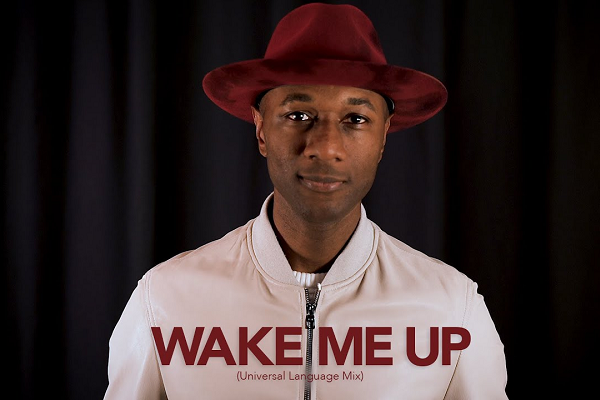 Aloe Blacc paid tribute to his long-time collaborator Avicii four years after his death by performing their hit song “Wake Me Up” in English, Spanish, and Mandarin. To produce the “Universal Langauge Remix” version of the song, Blacc partnered with synthetic speech startup Respeecher to clone his voice singing in the languages he doesn’t speak, with the result in the video above.

Respeecher worked for three weeks to produce the voice clones of Blacc in multiple languages. The original plan included Blacc singing in Italian and French as well, but limiting the song to three languages ended up working better musically. In addition to Blacc’s own voice, Respeecher fed recordings of native speakers of the additional languages performing the song into their speech engine. The AI-simulated version of Blacc’s voice could now perform the song in all of the extra languages. Blacc then worked with synthetic media startup Metaphysic to match Blacc’s lip movements to the song so that his mouth moves like he actually sang in those languages. Metaphysic is best known for its realistic Tom Cruise deepfake videos, which apply a similar lip-syncing strategy. The result looks and sounds like Blacc learned how to perform the song in multiple languages.

“Avicii’s music touched the world. Writing the lyrics and recording the vocals on Wake Me Up was a transformative experience for me. Everywhere I’ve been, no matter the country, music lovers and fans sing the lyrics with me in English,” Blacc explained about the project’s origin. “In honor of Avicii and with the help of Metaphysic.ai and Respeecher.com, I present a very special international version of Wake Me Up in multiple languages.”

The song project continues a busy year for Respeecher. The Ukrainian startup recently asked celebrities to share messages of support for Ukraine that the company could translate into the Ukrainian language while keeping the celebrity’s voice. Disney has already come calling for Respeecher’s tech, using it to recreate the voice of a young Luke Skywalker for a cameo on The Mandalorian. Demand for synthetic voices is still growing, especially for the translation potential. Google’s in-house incubation hub, Area 120, recently unveiled a  multi-language dubbing tool called Aloud, while iHeartMedia has tasked rival synthetic voice startup Veritone to reproduce some of its podcasts in different languages while maintaining the voices of the hosts and guests.