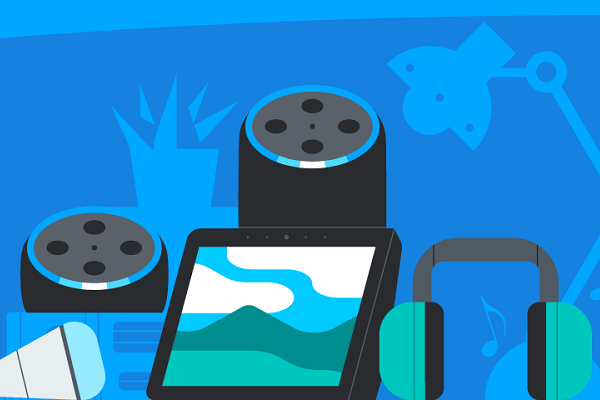 Alexa-enabled device developers can incorporate setup for their products into the Alexa mobile app. Instead of building and running a separate and branded app, the company can rely on the Alexa app as a platform for the initial setup. Amazon has updated the Alexa Voice Service (AVS) system to allow approved devices to be set up on the Alexa app using the same Frustration-Free Setup (FFS) tech.

Manufacturers looking to streamline setup for customers use the same Amazon Common Software (ACS) first introduced early last year. Once the back-end is in place, customers will get an alert from the Alexa app or just when they turn on the device that the app will handle the setup, and a few taps will complete the process. It’s essentially the same method as setting up an Echo smart speaker or smart display. The option removes the need for the manufacturer to invest the time and resources into creating their own setup process online or through their own app while simultaneously reducing the hassle for customers of running through a unique setup for every smart home device they purchase.

“With connected devices becoming increasingly ubiquitous around the world, customers have come to expect a struggle-free, tinker-free, and stress-free experience when setting up their devices. The complexity of setting up devices is often cited as one of the top issues in customer reviews, leading to poor product engagement and satisfaction,” Amazon explained in a blog post. “Device makers no longer need to create and maintain their own app for device setup, and can instead focus their resources on core device features.”

Simplifying the connection between smart devices and Alexa is why Amazon created ACS and its single API integration layer. Manufacturers don’t have to consider every SDK individually. The connectivity, authentication, and other functions all fall under that umbrella. And if device makers turn to Alexa for setup and get a positive response from customers, they’ll keep using it, boosting Alexa’s prominence in future devices as well.

Amazon had said when ACS debuted that AVS devices would be added to the list of compatible products last year. The company hasn’t said why there was a delay, though presumably, the logistical nightmare caused by the COVID-19 pandemic had some part to play in the shifting schedule. Harman and Sound United already have devices using the new tool, and more are likely in the works already.