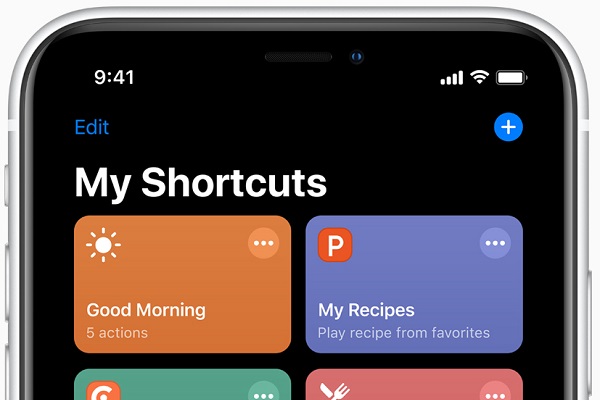 Apple debuted a major update to its Siri Shortcuts app this week in an effort to make customizing Siri easier and more intuitive. The changes may also help drive up awareness and interest among users who don’t seem to have adopted the service in significant numbers.

First introduced in June 2018 as part of iOS 12, the updates to Siri Shortcuts will be included as part of the iOS 13, announced this week at Apple’s Worldwide Developer Conference (WWDC). The Shortcuts app will now be pre-installed with the iOS software, instead of needing to be downloaded separately which should ensure greater consumer awareness.

Siri Shortcuts today allows users to create custom voice commands to open and run apps or set up simple routines that control phone features with a short spoken phrase. The Shortcuts app offers some suggestions for different recordings, and developers can place a button in their apps to urge users to record a custom phrase. Users have to record the command themselves and link it to a specific action before Siri will recognize it.

In the new version of Shortcuts, users can enable custom commands with a tap on the screen of suggested phrases, as opposed to manually recording them. Siri Shortcuts will also include a new Parameters feature. The Parameters program prompts Siri to ask follow-up questions, gathering data in a multi-step procedure triggered by a single command. For shortcuts that required additional inputs, the previous version required manual entry into a form that popped up. An example is a command that creates a calendar entry in a specific calendar account. The Shortcut could create the calendar entry but you wouldn’t want to pre-define the meeting name or time. Siri Shortcuts in iOS 12 would then bring up a calendar entry form and you then need to manually enter those details on the screen. The conversational shortcuts won’t require you to enter information about the time and location of a meeting. Instead, the user will simply tell Siri the details.

Ordering food, calling a cab, and messaging a roommate about when you’re getting home can all be done more quickly with the more sophisticated Shortcuts program. The shortcuts will also now offer automation based on time or circumstances, for instance turning on a playlist when an exercise app opens. Siri will also cross-check events and other data on the device to make personalized suggestions for Shortcuts, learning what users prefer over time.

The forthcoming improvements are designed to make Siri more competitive and effective as a virtual assistant. Instead of tedious, line-by-line instructions, the process becomes more like a conversation with another human, one that is able to ask questions in order to better understand what they are being asked to do. That will be a more natural user experience as a command initiated by voice will continue with a spoken conversation instead of switching the user to manual input.

Customizing voice assistants for natural conversation and to automate user routines is an important part of the evolution of the industry. Apple has stiff competition in the AI assistant field from Amazon Alexa and Google Assistant among others. Siri has a far narrower capability set than its leading competitors but it does have a huge reach, with more than 15 billion requests from more than 500 million active devices monthly, according to Apple. Shortcuts is an attempt by Apple to lead in assistant customization and hope that overshadows its deficit in core functionality.

Apple also spoke to the growing worries about user privacy by highlighting that none of the data used to refine Siri Shortcuts is done in the cloud. Shortcut data remains strictly on the device, although the Shortcuts apply across Apple’s personal device ecosystem, including Apple Watch and HomePod. Apple’s vision for integrating Siri into people’s lives is becoming clearer with the evolution of Shortcuts.