Chatterbox is a build-it-yourself, program-it-yourself smart speaker that teaches kids how to program a voice-based AI system. The company is able to ensure complete privacy because it is using Mycroft, an open-source voice assistant that is not always listening, not collecting any data, and not advertising. In addition, the product is fully compliant with the Children’s Online Privacy Protection Act (COPPA), which is what the Federal Trade Commission uses to regulate governing online services directed at children under 13 years of age. The company announced recently that it would be launching a Kickstarter campaign on April 30th, and will ship to consumers in schools in December 2019, with a suggested retail price of $179. Chatterbox CEO and Kevin Elgan told VentureBeat,

We’ve honed in on privacy, safety, and accessibility because our mission is to provide the healthiest and safest alternative computing platform for children.

The privacy focus of the Chatterbox project is reminiscent of Project Alias, also a Kickstarter project that featured DIY privacy features for smart speakers. Voicebot covered Project Alias in January, discussing how the project works and its focus on increasing consumer leverage over tech companies by protecting personal data.

The build-it-yourself and program-it-yourself aspect of Chatterbox makes it a project meant for kids age 7 or older. The kit ships disassembled, complete with a Raspberry Pi, an expansion board for a microphone and speaker, and a physical button to trigger voice functionality. The product requires users to push down on the button to instigate listening, rather than having the product always listening for an invocation word. Instructions for putting together the hardware are included, as is Skill Builder software that allows kids to create cloud-based voice applications. The voice applications kids can build range from relaying weather reports, delivering digests of kid-friendly news, setting timers, controlling connected lights, sending messages, calling and texting approved phone contacts, and more. Elgan also claims that Chatterbox has already been tested for more than a year by kids and teachers in “top” Silicon Valley schools, according to VentureBeat.

Mycroft Is a Private and Open Source Voice Assistant 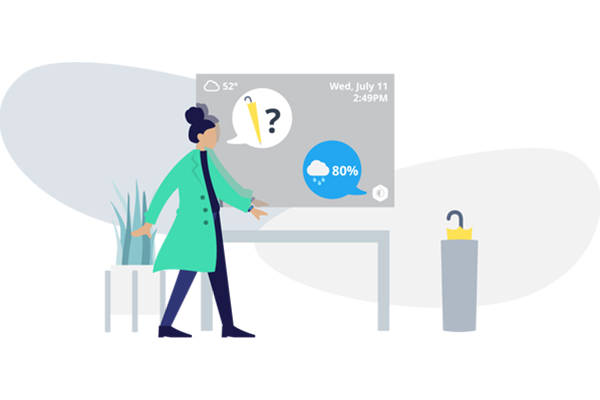 Joshua Montgomery founded Mycroft AI in early 2015 and since that time has completed two successful Kickstarter campaigns, graduated from Tech Stars and 500 Startups accelerators, raised $3 million in equity capital and delivered the world’s first open source voice assistant. Since December 2016, Voicebot has followed Montgomery and his work, conducting multiple interviews with him, and even having him on the Voicebot Podcast Episode 48 to discuss Mycroft and his other ventures.

One of the biggest ways Chatterbox is able to ensure privacy is through its use of Mycroft, which is exactly what Montgomery wants his voice assistant to be used for. Mycroft’s work is freely available on GitHub, allowing it to run anywhere: a desktop computer, inside an automobile, and even a Raspberry Pi. It can be used for anything, from a science project to an enterprise software application. Mycroft can answer traditional factual questions, provide the date and time, set alarms, play the news, play music, radio, podcasts, control wifi connected smart home devices, and more.