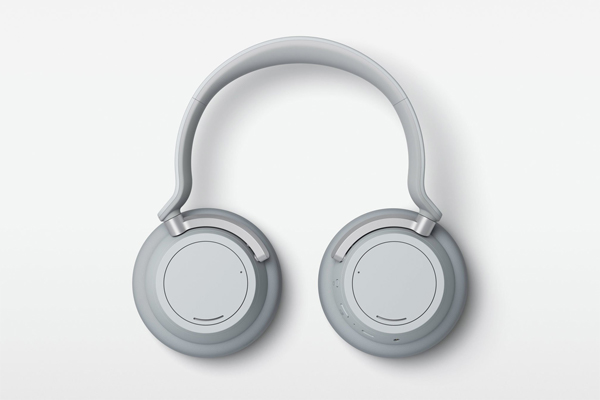 Microsoft Reported to Be Making Wireless Earbuds, But Does It Make Sense?

Thurrott is reporting that Microsoft is building its own set of in-ear truly wireless headphones. Some are already calling them the Surface Buds because Thurrott is also reporting that they will be a part of Microsoft’s Surface lineup, although no official name for the product is out yet. Microsoft announced its Surface Headphones last year, which feature voice assistant access to Cortana. The wireless earbuds in development are said to be called by a codename, “Morrison.” The working theory is that Morrison is likely referencing Jim Morrison, a key being that Microsoft’s Surface Headphones were called the “Joplin” after Janice Joplin. The official release date of the wireless earbuds and their price are unknown. The specs for Microsoft’s headphones are also unknown.

Comparison to the Surface Headphones

We can look at the Surface Headphones as a reference for what Microsoft is capable of. The Surface Headphones were Microsoft’s first wearable devices from the Surface line and launched in the Fall of 2018 featuring wireless, Bluetooth, noise canceling, and Cortana support. The ear cups on the Surface headphones are touch sensitive and allow users to launch Cortana by either saying ‘Hey Cortana’ or using a long press on the ear cup. With the touch sensitive ear cups, users can also adjust up to 13 levels of noise-canceling and control the volume. The headphones retail for $350 and have been decently well-reviewed by tech gadget reviewers.

Vlad Savov of The Verge rated the Surface Headphones at a 7.5/10, saying the headphones were stylish, offered shockingly good wireless performance, and excellent noise canceling. Wired’s Jeffrey Van Camp gave them an 8/10 based on their sound, intuitive dial control, and high-quality design. The downside: Cortana may not be your assistant of choice. With these past reviews in mind, Microsoft’s rumored earbuds may be of the higher end in terms of price, with touch controls, voice control with Cortana, Bluetooth, and high-quality noise canceling features.

Everyone Making Wireless Headphones Now, But Does It Make Sense for Microsoft?

It has been hard to miss the news of every tech giant announcing the development of wireless headphones/earbuds. The rumors about Microsoft wireless earbuds come after Apple announced a new version of AirPods in March and the Powerbeats Pro in the first week of April, both with ‘Hey Siri’ functionality. In February, Samsung introduced the Galaxy Buds, featuring Bixby. Amazon has been rumored to be working on Alexa-enabled earbuds, too.

It is not really a big mystery as to why the tech giants are moving to make earbuds. The wireless headphone market is huge. ReportLinker says the global wireless headphones market is anticipated to generate revenues of around $34 billion by 2024, growing at a CARG of approximately 20% during 2018-2024. Apple already had a place in the market due to the success of its original AirPods and its Beats line of headphones, Samsungs’s Galaxy Buds can easily take advantage of Samsung’s mobile market share, and Alexa might be able to take advantage of its smart speaker market share. Microsoft, however, doesn’t have a strong foothold in mobile devices or smart-speakers, so how will it ensure its earbuds are adopted?

One could argue that including Cortana in the earbuds could be enough of a feature to increase adoption among consumers. However, with how crowded the wireless headphone market already is, Microsoft’s repositioning of Cortana as an enterprise-focused voice assistant, the failure of Windows smartphones, and considering that many who reviewed the Surface Headphones saw the inclusion of Cortana as a downside due to the assistant’s lack of functionality, it would be surprising for that angle to work for Microsoft.

Microsoft might be able to find success in just producing high-quality earbuds. It would also be interesting to see whether Microsoft would be open to including other voice assistants in the earbuds or making them compatible with any Assistant on a mobile device. Microsoft’s Skype recently dropped it’s Cortana Bot while promoting Alexa, so including a different voice assistant is not necessarily out of the question for Microsoft.