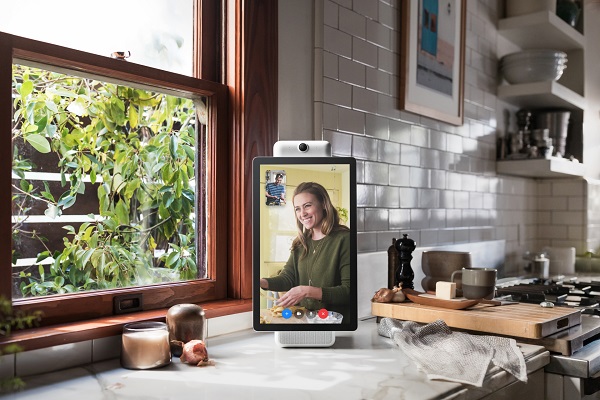 Facebook is doubling down on its Portal smart display. Andrew Bosworth, vice president of AR/VR at Facebook, announced at Vox Media’s Code Convention on Monday that new variations of Portal will arrive this fall. The follows April announcements that Portal will begin shipping this month in Canada and arrive in Europe before the end of 2019.

Portal debuted last October, looking something like a magic mirror. Facebook has been selling the idea of Portal as a way to feel like you’re in the room with whoever is on the other end of the video call, an extension of Facebook’s social experience.

While there’s no official word on what the new hardware will look like, a report from Cheddar describes software in Portal’s code for a device called “Ripley.” Based on the firmware, Ripley will be a camera that would attach to a television and display the video chat on the screen. Skipping the need for a device specifically for video chat makes sense, especially with the high-quality images possible on 4K televisions, yet be cheaper than a stand-alone screen. It would also put Portal right where people are most likely to spend time with their friends in person anyway, increasing the illusion of immediacy.

The smart speakers built by Amazon, Google, and other companies are not really social devices according to Bosworth. They are optimized  for person-to-assistant interactions that are well suited to listening to music and asking simple questions. While Alexa, Cortana, Google Assistant, and Siri all have the ability to make calls and send messages, these are in the context of the contacts app and not the social graph or primary messaging app. Siri has access to the third most popular messaging app in iMessage and Google Assistant does integrate with WhatsApp, but Facebook’s WhatsApp and Messenger hold the top two spots globally.

Facebook’s strategy suggests that it thinks smart speakers, and more specifically, smart displays, can be social devices. It’s more than just Portal. Since acquiring Oculus, Facebook has been applying its VR technology to more than just the video games of its early days. Facebook is also applying Oculus to making it possible for people to talk to each other at a distance as though right in front of each other.

Facebook’s long-term strategy for Portal also likely involves its work on a new digital assistant. CEO Mark Zuckerberg essentially confirmed that work on a voice assistant is in the works at a shareholder meeting recently. While Portal has some basic capabilities on its own, most of its useful functions are delivered  by Alexa. Greater control over user experience would understandably be seen as a net benefit for Facebook.

Combined with new kinds of Portal devices, Facebook could extend the scope of its efforts to keep people using its products and staying in its device ecosystem. That doesn’t mean it is likely to jettison Alexa anytime soon as it would be hard to replicate 60,000 smart home device integrations. However, Facebook is clearly looking to add new features that Alexa lacks and control more of the voice interactions of Portal users.